The Nexus 6 has launched and WOW is it BIG!!! The screen is 5.96″ and it really shows when you hold it in your hand. I have been using it as a daily driver for the past few weeks and the biggest takeaway is that this thing is a two hander. I have medium sized hands and there is just no way to cover the entire screen with one paw. At first this seems to be a big thing, but quite quickly you get used t 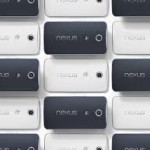 o the giant. Other phones look like toys at this point.

The Nexus 6 is also very expensive this time around – $650/700 for the 32gb/64gb versions. This was a pretty big jump from the 4 and 5, so it takes a bite out of the wallet to get one. Overall, a great device and I am glad to have the real estate.