The Nexus 6, complete with Lollipop Love, has sold out in mere moments again on this first Wednesday that Google promised new batches for pre-order. This is starting to feel a little like the sad OnePlus One rollout that is still, after months, lingering on. I suppose Motorola is in serious production at this point and since they have promised to roll the next Nexus device out to all of the U.S. carriers, this is to be expected – especially since the device is not supposed to hit the street until later this mont 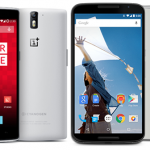 Every Nexus fanboy out there is currently crying on all of the big Android fan sites, and it will just continue until the masses can pick one up. I got around the problem by writing a bit of code that checked the Google Plus order page for the 32 and 64 bit blue versions (who really wants a white one? yuck) for the existence of the words “We are out of inventory”. When the code found that those words were not found, I leaned over and refreshed the web page in my browser and hit buy.

Truth about that is, it really took a few tries. If you were lucky enough to get a Nexus 6 in your cart (many times it would just take you to a “your cart is empty” page) you would then need to quickly pay to make sure it stayed there. I managed to get it in the cart once and was typing to a friend that I had got one, and boom. Empty cart.

Do us all a favor Google/Motorola. How about a pre-order queue that just shows where you are in line to get it? Like currently we know through this order # that they are shipping by date “x”? Then just keep us updated? This way people will know whether to get in the queue or not. Don’t make this a N4/N5/OnePlus debacle.