OK, it’s been a few weeks since the new Google phone arrived, the Nexus 7 so it’s time for a bit of a review. I have had all of the Nexus devices over the years and my initial thought when i started using the 4 was that this phone is the Ferrari compared to the American muscle cars of past devices. Here is the Good and the Bad: 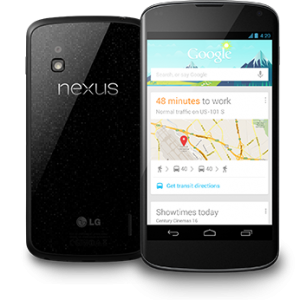 All in all, this phone is a winner. If you can stand the few negatives, you will love this device – it is the best Nexus to date. I say pull the trigger, especially if you can pair it up with some cheap carrier plans (like the T-Mobile Value plans) that don’t feature carrier subsidy for phones. Currently at $299 and $349 for the 8/16GB versions.